The Sophistication of Cave Art

In researching "barbaric" theme for an ATC challenge, I radvancements, purpousevisted the discoveries of cave art. Findings now show early humans were quite sophisticated thinkers and actually were inscribring the beginnings of written language. Genevieve von Petzinger physically studied the ethchings found in 52 caves during 2013-14 and recorded the similarities of the marks she observed. 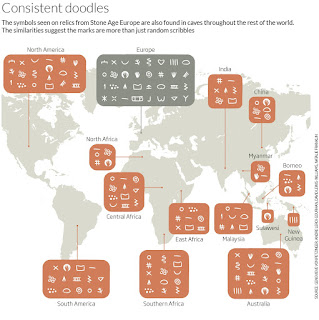 Barbaric: primitive, unsophisticated. Within context these were actually advancements and with purpose.